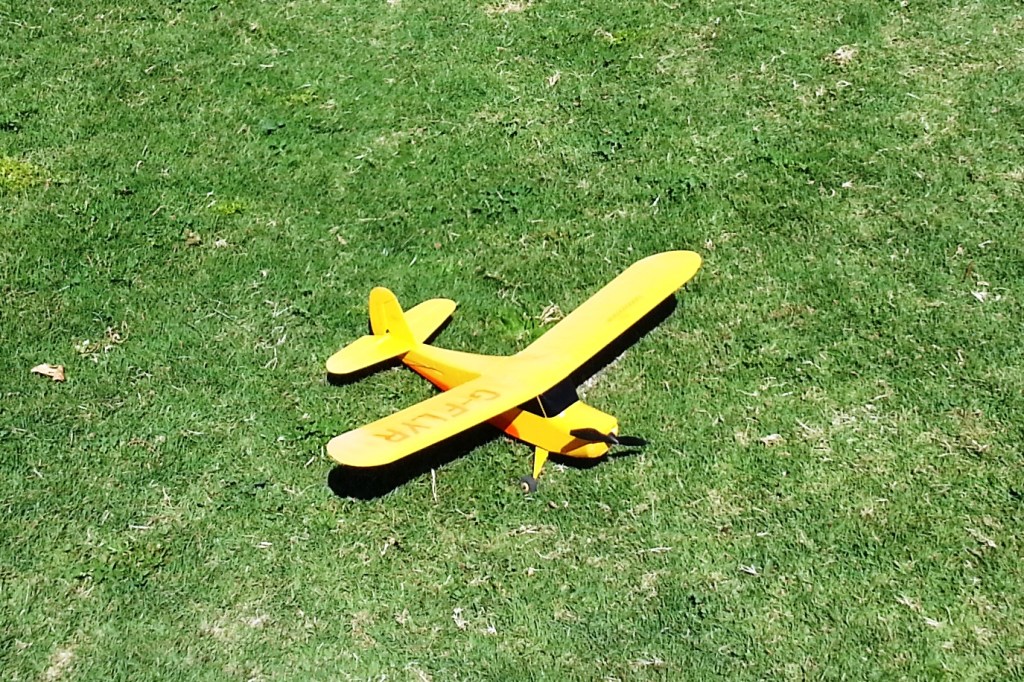 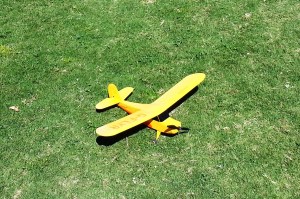 After my initial flights of my Hobby Zone Champ RC airplane, which resulted in a few minor crashes and broken wings, I was grateful for 6 -Minute Epoxy–which smells pretty awful–but made the wing stronger in the repaired crack and made it stronger than the rest of the wing itself. It looked fairly decent after repair, but the question remained: Will it fly?

Fast forward a few days for the answer…

It did! However, the wind that day was pretty rough for a little trainer plane like mine. I found myself requesting help from my son (who bought this plane for me as a Father’s Day gift).  He took the controls and landed it safely. Relieved, I once again took to the air.

Again, the wind took my plane out of control. But this time, my son was busy flying his plane and unable to assist.

No matter how I tried, it couldn’t fight against the breeze hard enough to turn back into the field–these planes are not designed for flight in windy conditions. I managed to turn it around, but then it went behind a tree.

“Oh no,” I muttered, while my son tried to land his plane and assist me. As my plane rounded its turn back toward the field, it flew right into the branches of a tree. There, it stopped cold. The control surface servos were responding (rudder, elevators) and thrashing about, and I could still hear the propeller spinning as I pushed the throttle. But no amount of spinning the props could free it.

The prop, wings, and landing gear were wedged between the leaves and branches!

Eventually, the prop stopped responding because it was stuck.

Forty feet up in a tree, which I could not climb–nor would I, even if I had a ladder. 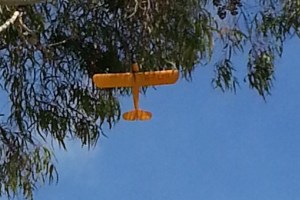 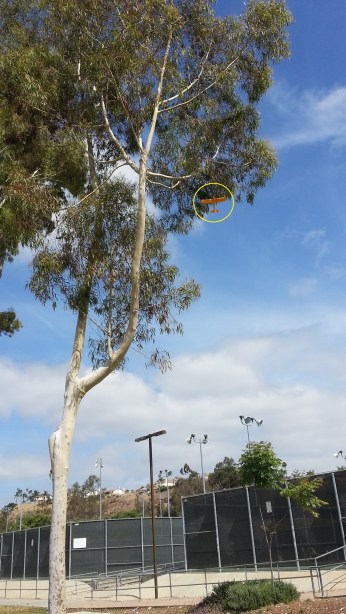 I kept hoping the wind would blow hard enough to dislodge it from the branches, but it was too light to do much more than make the entire branch clutching my plane sway gently.

My son offered to fly his plane into mine and ram it free, but I told him not to. No sense in getting his beautiful P-51 caught or damaged trying to free my plane. Feeling helpless, I walked around the field, gazing up at the pathetic orange “Champ” stuck like a kitten high above the ground.  Then, in the periphery, I caught a glimpse of something round and white.

Why, it was a baseball! 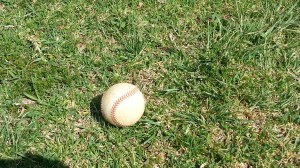 Daring to hope, I walked up behind the tree and thought, if I can just hit the branch, maybe it will shake loose.

My first throw was anemic, I have to admit.  I was afraid of smashing my little foam plane into pieces if I threw it too hard.

Well, the ball just kind of lobbed way to the left, and missed the tree utterly by–oh, a healthy margin of about 10 feet.  That was embarrassing.  I used to be pretty good at baseball, back in the Paleozoic era.

Too long, too short, not even close…

It was going to take a lot more than strength to nail that sucker!  Imagine you’re at the carnival, and your about to play that game where they give you a baseball and you have to knock down only the top most milk bottle in a stacked pyramid of milk bottles.  Now imagine that the bottle  is forty feet above your head!  That’s how impossible it seemed to me.

Again, my son offered again to ram my plane down.  Again, I decline.

Getting discouraged, I walked to the tree again (after playing fetch with myself ad nauseum) and blinked, all prospects of retrieving one of my favorite Father’s Day gifts dwindling.  It seemed I must prepare myself to leave the plane there and go home wondering who the lucky person would be that found it, when one day the leaves and branches finally died and broke off.

Then I thought, “Why don’t you pray?”

Right.  Pray about getting a toy back.

Again, I thought, “Childlike faith.  Isn’t that what Jesus said we need?”

Ok, why not?  If ever I was put into practice the belief that no problem is too great or too small for God, now was the time.  It felt funny to pray, “Please, God. Help me get this plane back.  I know it’s just a toy, and it’s replaceable, but it’s a special gift from my son.”  I grinned at myself for praying that, because I was completely sincere.

Guess what happened next?

Really hard this time.   Hard enough for my son to remark, “Hey Dad!  The wind!”

The tree began to swing its limbs.

The preacher in me said, “In the name of Jesus!  Come down, thou plane of remote control!”  🙂  Seriously, I said something like that.  Under my breath, though, there were people in the tennis court right behind me and I didn’t want to completely freak them out.

But then, even though the plane had swiveled a full 180, the wind stopped.  The tree branch stopped moving too.  And as quickly as it had come, the wind was gone.  But my faith was still high.  I wasn’t about to give up without a fight.  I prayed quietly, asking what I should do–give up, or try something else.

Right away, at that moment, a mental image of Moses leading the people in the wilderness, parched from thirst with no water to be found.  He’s there at the rock and God says to him:

Behold, I will stand before you there on the rock at Horeb, and you shall strike the rock, and water shall come out of it, and the people will drink.” And Moses did so, in the sight of the elders of Israel.  –Exodus 17:6 ESV

Before I had a chance to doubt, I picked up the baseball.  Focused my eyes on the center of the plane’s wings, and threw the ball.

The ball struck the plane right between the wings.

The left wing broke off.  But that is exactly what needed to happen to free the entire plane, which slowly tumbled to the ground.  When it landed in the grass, aside from the wing, it was unscathed.  Everything was operational.  About 6 seconds later, like a helicopter leaf, the snapped off wing came floating down. 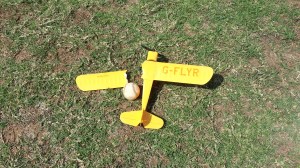 I could hardly believe it.  After all my failed attempts at knocking the plane down with the baseball,  I would never have tried again, had not that thought come into my mind.  But there it was.  A perfect pitch, forty feet into the air, hitting a target (the center of the wings) that was about 6 inches in diameter.   I don’t have that kind of skill, believe me.  It was a gift from heaven above that helped me retrieve the gift from my son down here on Earth.

By the way, I repaired the Champ again (it’s now had its wings broken and repaired four times) and I flew it better than ever before today! 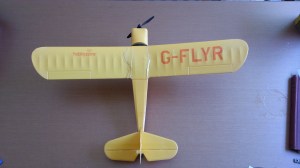 This video was shot today by my son, who is the one making the remarks as I fly. 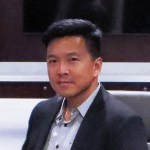